The most anticipated game releases at the end of 2022

2022 is slowly coming to an end, although the upcoming winter season is usually the hottest one in terms of new and exciting game releases. In this article we will present and discuss the most interesting upcoming game releases in the fourth quarter of 2022. 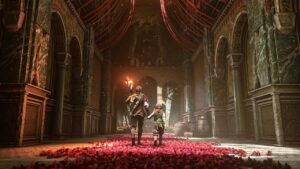 A sequel to the award winning title A Plague Tale: Innocence, takes our protagonists Amicia and Hugo to the southern lands in a search for a cure to Hugo’s curse. The continuation of this tale brings even more twisted and supernatural elements to the series, which are the main course of this breathtaking world (both graphically and story-wise). Playing as Amicia allows the players to sneak, fight, use a variety of tools and weapons such as a crossbow and in the extreme situations unleash the iconic floods of rats with the use of Hugo’s powers.

Check out the deals for A Plague Tale: Innocence on K4G.com! 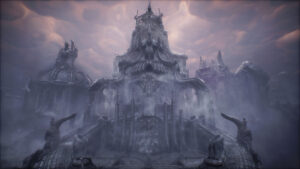 Ready to be both amused and disgusted? Then Scorn might be something for you! The twisted and biomechanical world of Scorn was inspired by the works of H.R. Giger, the creator of the Xenomorph from the Alien film series. The first-person horror adventure game, as it is called by the creators themselves, allows the players to basically insert themselves into the one of Giger’s works and and travel the unsettling but at the same time aesthetic and cohesive world, solving puzzles and collecting useful items to find a solution to this madness. Let’s change the tone a little. Superhero movies and games are still an extremely popular past-time. Let’s add open world, RPG elements and multiple playable characters and we have Gotham Knights, a story in which the legacy of the deceased Batman must be now passed to the “Bat Family”. Now it is a job of Robin, Batgirl, Nightwing and Red Hood to protect Gotham from criminal threats. The players can traverse the city’s districts solo or in co-op mode, while solving mysteries and losing themselves in the frantic action. 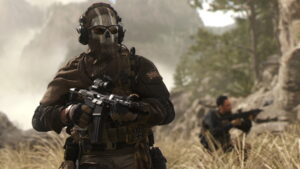 Now we are getting to the highly probable instant hit of the month! A sequel to the positively received Modern Warfare reboot is right around the corner and it seems to continue the proven Call of Duty formula, combining a fast-paced and exciting campaign mode with the competitive multiplayer mode in which your loadout and reflexes are everything. The multiplayer mode, besides the series staple gamemodes like Free-for-All, Team Deathmatch or Search and Destroy, will also introduce a new DMZ mode, reminiscent of the gameplay from titles such as Escape From Tarkov or Hunt: Showdown. Finally, this new entry will introduce improved traversal in the bodies of water and new mechanics such as shooting while hanging from a ledge or a running to dive mechanic.

Click here for Modern Warfare II Pre-Order on K4G, check out also our deals for Escape From Tarkov and Hunt: Showdown 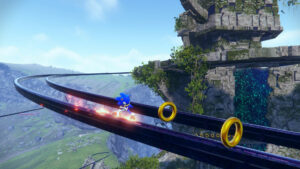 After a long 5-year hiatus, the blue hedgehog is back in his most ambitious title in a long time. Introducing the open world structure for the first time in a Sonic game, Sonic Frontiers counts on this change to broaden its audience. This new title will introduce new mechanics such as the Cyloop which utilizes Sonic’s iconic speed to topple enemies or a slew of new combat moves allowing him to dodge, parry, strike combos and special attacks. In his journey to the unknown, Sonic will visit 5 islands, each with their own challenges and Cyberspace stages to rush through.

For more Sonic games, check out our offer on K4G.com here! 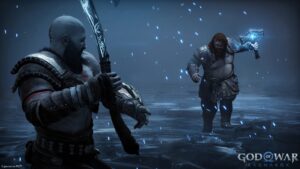 A sequel to the highly regarded and rated God of War continues the story of Kratos and his son Arteus and introduces new snowbound environments. Kratos will confront the Norse gods such as Thor, Odin or Freya and discover the secrets behind the prophesied Ragnarök. Kratos’ deadly equipment: The Leviathan Axe, Blades of Chaos and Guardian Shield are making a comeback in the sequel with the addition of new abilities for both heroes. This title is shaping to be a great sequel and additionally is one of the most anticipated games of the year, especially for PlayStation fans.

Check out our deals for God of War on K4G.com!

This brutal FPS created by Fatshark, a studio responsible for the successful and fan-favourite Warhammer: Vermintide series takes the players to the gloomy city of Tertium in which they have to defend themselves from hordes of bloodthirsty and menacing enemies. This new title combines the perfectly executed melee combat from Warhammer: Vermintide 2 with new ranged gunplay, allowing players to slay foes with both axes, swords and laser or projectile firearms. Additionally, players can customize their warriors appearance, class voice and even origin! Slaughtering various monsters with friends in a dystopian city sounds like a good idea for action-filled gaming evenings. 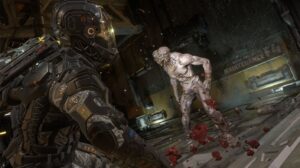 This title looks like a must-have for fans of the Dead Space franchise. Developed by Striking Distance Studios, led by Glen Schofield who previously worked in now defunct Visceral Games, creators of Dead Space. In this third-person survival horror you take the role of Jacob Lee, a prisoner of the max-security Black Iron Prison. And similarly to Dead Space, everything goes to hell when people start to transform into bloodthirsty mutants. This visceral adventure will throw players into this sinister world and force to fight for their lives with many melee and projectile weapons, including a unique gravity-based firearm. A spiritual successor to Dead Space should be a great choice for survival horror fans who want to be both scared and sometimes be able to engage in a fight with the spooky creatures.

Check out The Callisto Protocol Pre-Order on K4G.com! In October we had a proposal from DC superheroes and in December it is the turn of Marvel’s villain butt kickers. Midnight Suns is a real-time tactical RPG in which you create your own unique superhero and team up with the Marvel’s most popular heroes such as X-Men, The Avengers and more to fight with sinister forces of Lilith and the elder god Chthon. I think that there should not be any worries about the tactical part of the game, as it is developed by Firaxis Games, the veterans of the genre and the developers of critically acclaimed XCOM series. In this title, the developers have introduced a card-based tactic and combat system for a unique experience. Midnight Suns are shaping to be a great title for Marvel fans and especially for those who love real-time strategy RPGs. 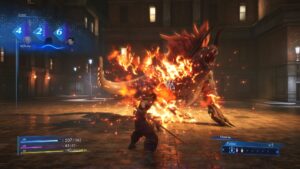 At the closure of 2022 we have a final title in this list, a full-on remake of the PSP classic – Crisis Core: Final Fantasy VII. A spin off to the classic PS1 title (and its modern remake) Final Fantasy VII, Crisis Core follows the story of Zack, a member of the paramilitary organization SOLDIER, looking for the missing member of SOLDIER called Genesis and unveiling the origin of the Project G. Being a prequel to Final Fantasy VII, Crisis Core introduces many known characters from the former – Cloud, Sephiroth and more. Besides improved graphics, Reunion introduces a newly arranged soundtrack and fully voiced dialogues in English and Japanese. In terms of the gameplay, Crisis Core is an Action RPG in which Zack can travel between open arenas, talk with NPCs and engage with enemies in a real-time combat system with a unique “slot machine” mechanic, bringing unpredictability and surprises to the battlefield. You can never go wrong with the captivating world of Final Fantasy VII, its characters and combat, so this title can be safely recommended, especially for fans of the FFVII remake.

Check out our Final Fantasy offer on K4G.com!

As it was promised at the start of the article, here is our weekly offer! With the additional -8% discount code: WEEK4G you can save even more on our deals on K4G.com!

Check out our midweek deals here!

All discounts are available while stocks last. Waiting for more games at best price? The offers will appear and rotate on regular basis every week, so be prepared for another great gaming deals!