Windows 10 or Windows 11? Which one is better for gaming or work?

The choice of the Operating System (OS in short) is one of the important aspects before starting to operate (sic!) a computer. Most average PC users default to the newest or recent Windows version, mostly due to their popularity and being accustomed to the familiar layout of the OS, which became dominant on the market since Windows 95. In this article, we’ll look at two of today’s popular Windows operating systems – Windows 10 and the newest Windows 11. We will also bring up the differences between the editions of each system and finally decide whether it is better to still keep Windows 10 installed or to switch to the newest one. Remember to read the article all the way to the end for the special offer for Microsoft software keys! 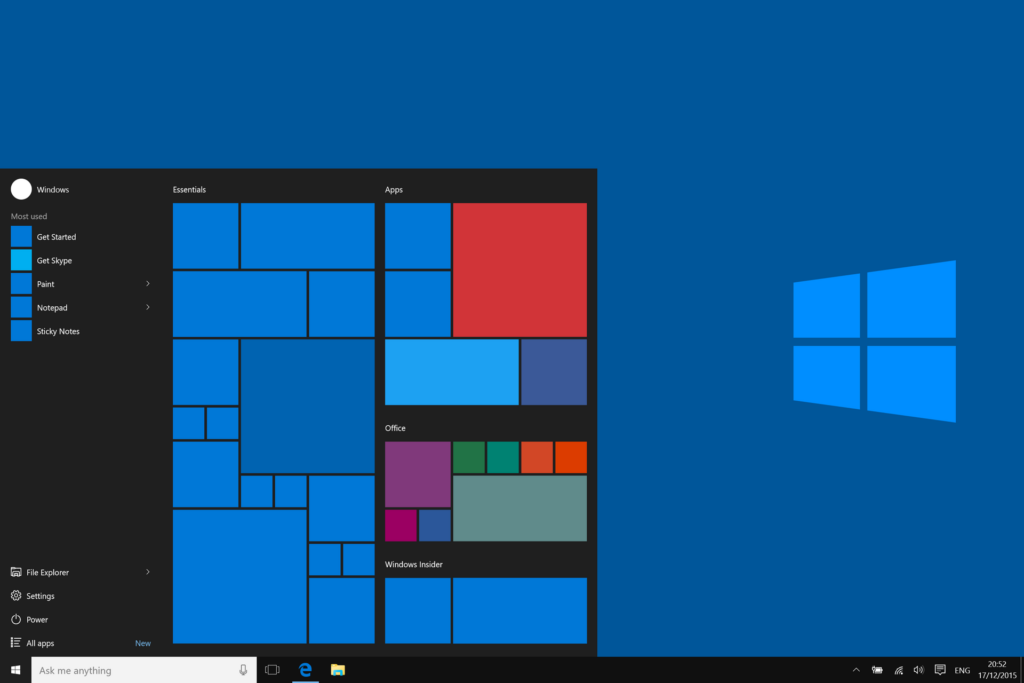 Currently, Windows 10 can be still called a dominating OS in terms of usage. According to Statcounter GlobalStats, in July 2022 Windows 10 had a desktop version market share of 72.23%. In comparison, Windows 11 had a market share of 11.73%, nearly ex aequo with Windows 7 (11.99%). Being a combination of Windows 7 functionality, layout and Windows 8.1 “Metro” flat graphical design, this version of Windows offers features such as multiple active desktops, scalable UI, notifications bar, DirectX 12 Graphics API and more packed in a aesthetic and genuinely useful package. 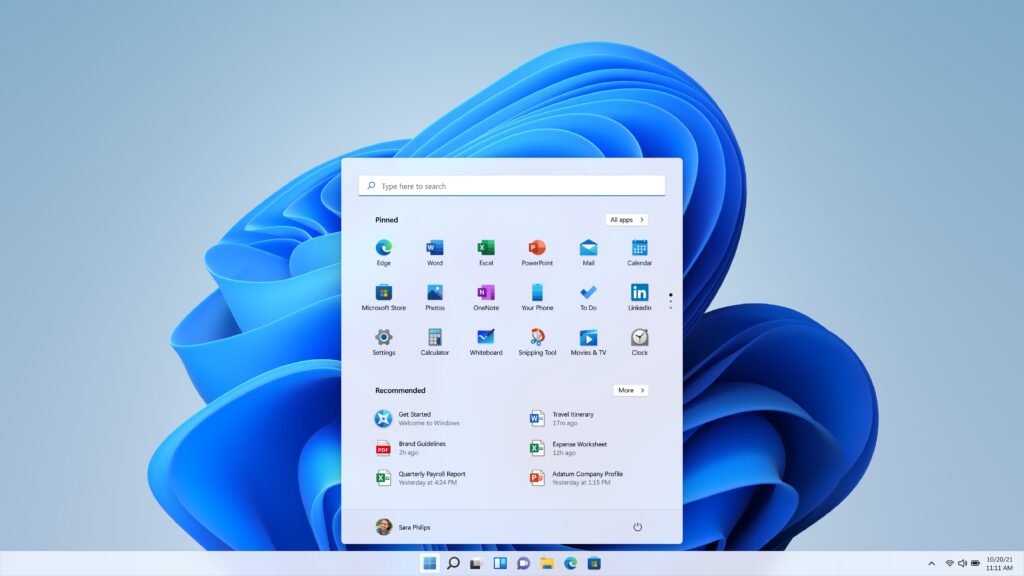 The newest addition in the family of Windows operating systems introduces the new “Fluent Design System”, which is a Microsoft’s open-source, cross-platform, unified design system, which includes translucent materials and rounded corners, discarding the “classic” angular style of older Windows systems. Moreover, Windows 11 features a redesigned and centred Start Menu and Taskbar, facilitating quick access to applications, folders, etc. Finally, Windows 11 includes an improved integration of Microsoft’s applications such as MS Teams or Xbox, and an anticipated redesign on many default apps such as Notepad or Paint.

Both Windows 10 and 11 operating systems are offered in two baseline editions: Home and Professional. In short, Professional editions of both systems offer additional features which can enhance productivity at business environments such as BitLocker device encryption in case of device loss or theft, group policy and domains which allow users to connect their Windows PCs into one business group or remote desktop access and additional business-oriented security measures. In terms of everyday Home or Gaming PC user, the Professional version of Windows 10 and 11 can be recommended only if they value additional business-grade security features and know how to set them up. Apart from that, it looks like the Home edition of both Windows 10 and 11 is the way to go for “average” PC users. However, the Professional editions can be recommended for those who use their PC as a work tool and/or have multiple computers in their business.

If you are looking for all possible differences between Home and Professional editions of Windows 10 and 11, you can check them on the official Microsoft’s website HERE and HERE

How about the differences between both versions of the OS? Are there any substantial improvements of Windows 11 over 10, is the gaming performance between operating systems the same, better or maybe worse?

In terms of features, Microsoft has a chart which shows all new and updated elements of Windows 11: 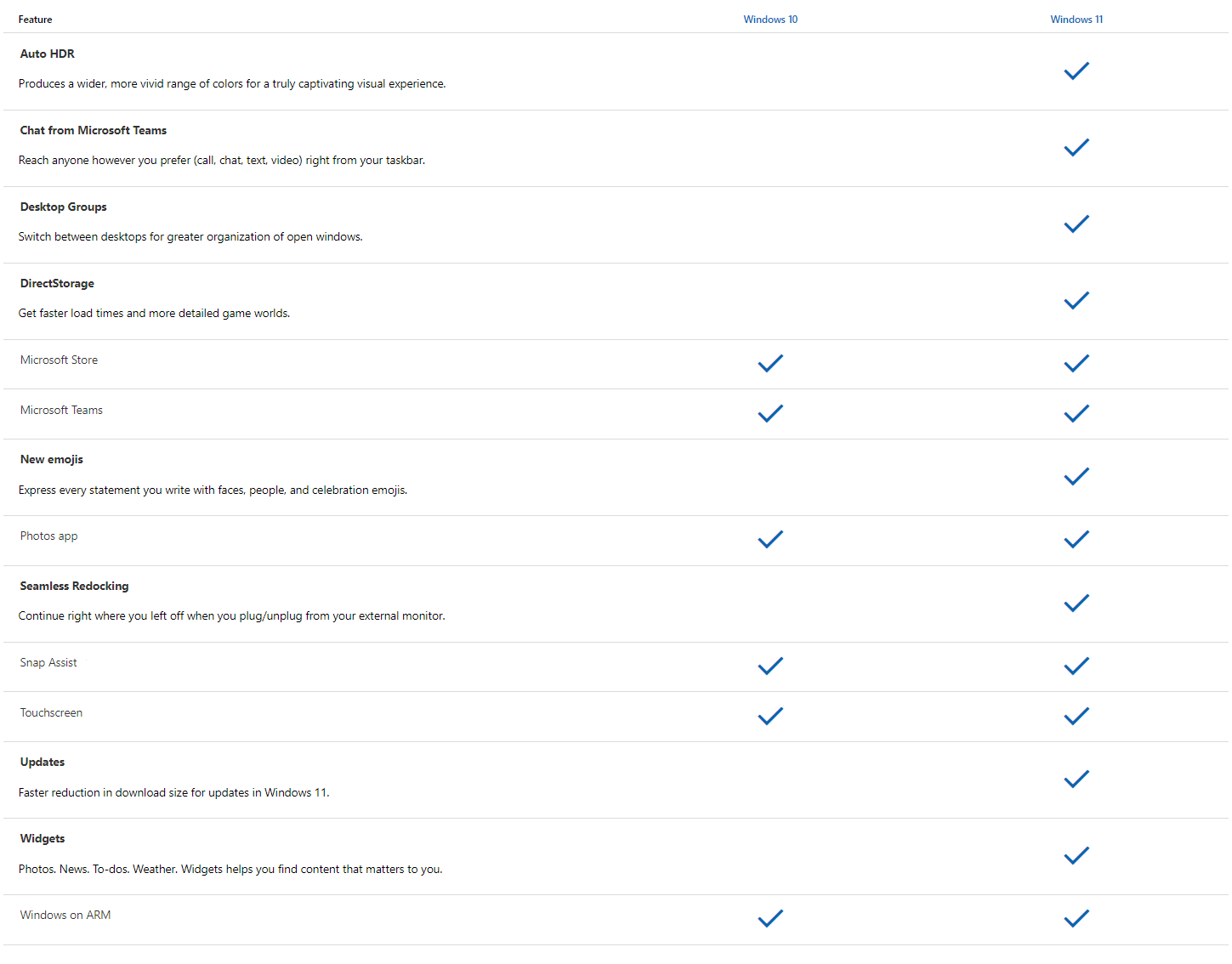 On the basis of this chart, we can assume that Windows 11 includes some additional quality of life features such as better access to MS Teams, smaller update files, widgets and new emojis. In terms of gaming features, Windows 11 offers better HDR compatibility, improved utilisation of SSD in games with DirectStorage and better implementation of the Xbox application. However, are these additional quirks and features sufficient enough to facilitate a switch to Windows 10? That question needs to be answered individually by every gamer and PC user. Moreover, there were some voices saying that Windows 11 may have worse performance in gaming than Windows 10, but as of today the performance difference between both systems is marginal and some games may have a 2-3 FPS gain in Windows 10 over 11 or vice versa, but all in all the gaming performance between systems should be nearly identical.

Check out our offer for Windows 10 and Windows 11, both Home and Pro editions!

The comparison provided above should help you decide whether Windows 10 or Windows 11 is the way to go. In our opinion, if you already have Windows 10 installed and you are accustomed to it, you can stick to it as this OS will be still supported by Microsoft for many years and in the meantime, they should be able to fix more bugs within Windows 11 just like it was a case between Windows 7, 8.1 and 10. Of course, if you want to be always up-to-date and believe that the new features and additional security are up your alley then Windows 11 is still a great choice in terms of aesthetics and overall functionality. By the way, on K4G.com, besides the newest versions, we also offer OEM activation keys for the legendary Windows 7 (both Home Premium and Professional), which you can check out HERE and HERE.

As a closing remark for this article, we would want to introduce you to a great offer for software keys on K4G.com. With the discount code SOFT8, you can purchase Microsoft software such as Windows 11, 10, 8.1, 7, Microsoft Office 2021, 2019, Visio, Project and more at 8% off! Click here or on the banner below for our exclusive offer!